DIY home security systems do not come in any particular shape and size. There is a wide range of solutions available.

This panel attaches to a wall in the house that is accessible to the home Wi-Fi network. There is a capacitive touch screen on the panel that enables Z-Wave, ZigBee, Wi-Fi, Bluetooth sensors, and other home automation components to be wirelessly managed.

Some panels include cellular radio, which connects with a monitoring center for professional monitoring. This way, there will always be a two-way communication platform which can also update the security system.

Security companies also use a hub to control the system. Hubs also have radios and circuitry that control several components but are typically low-profiled devices, created to complement a home's interior and placed on any flat surface such as a bookshelf.

Another kind of home security controller, basically the all-in-one, is a security camera with more than one wireless radio, sound, and motion sensors. They also contain an alarm designed to alert uninvited guests that they're being watched and warn the people in the house of an intrusion.

Most DIY home security systems are controllable using Google Assistant and Amazon Alexa voice commands. Many also have IFTTT support applets that integrate with smart lights that automatically turn on when the house is empty.

It is important to understand how many sensors are needed. Ideally, there will be door sensors at every doorway leading into the house. When placing window sensors, attach them to windows with easier access into the home – such as those on the first floor.

There is no need to install motion sensors in every room, but they should be placed in stairways, hallways, or any other place where an intruder may walk around the house.

Base stations are the brain of a home security system. It wirelessly connects to all the components and acts as a bridge between each component and the internet. The base station usually has a built-in siren, backup batteries, and cellular connectivity for internet and power outages.

Some home security systems include a 10-digit keypad control panel to arm and disarm the system.

Touchscreen control panels may be used in place of a keypad, but they do the same thing. They are used to arm and disarm the security system and can also be used to control other smart devices through the touchscreen panel.

Motion sensors are great for rooms with multiple windows or doors, as these sensors can detect movement.

Contact sensors are attached to doors and windows and alert the homeowner when opened and closed. If professional monitoring is enabled, it will alert the authorities.

Home security key fobs are similar to key fobs for cars. They have an arm and disarm button, and some even include RF tags. The fob can communicate with the home security base station or keypad to arm/disarm.

When searching for the best DIY security system, there are several smart home devices to consider.

Most DIY security systems include indoor and outdoor cameras that can capture video when sound or motion is detected. Some cameras will store the video footage locally, while others utilize cloud storage which may require a subscription fee.

The Google Nest Cam's Outdoor camera has almost all the same features as its indoor camera. It's also weatherproof and plugs into power for 24/7 access.

Google indoor and outdoor cameras can be paired with a Google Assistant to manage and control the cameras from anywhere in the house, otherwise use the mobile app to control them. Google does require a subscription to Google Nest Aware to view previous recordings.

Video doorbells can play an integral part in home security. These smart devices can provide live video and recorded footage of the porch, sidewalk, and even the car parked on the street. They can also be programmed to trigger other smart home devices like cameras and door locks.

Google Nest Hello video doorbell has some fantastic features such as video streaming and recording, mobile control, and smartphone notifications.

The best DIY home security system will undoubtedly include a smart door lock, especially in areas where burglaries are on the rise. The Google Nest X Yale smart door lock is key-less and tamper-proof. Through the Nest app, the door can be locked and unlocked from anywhere in the world. 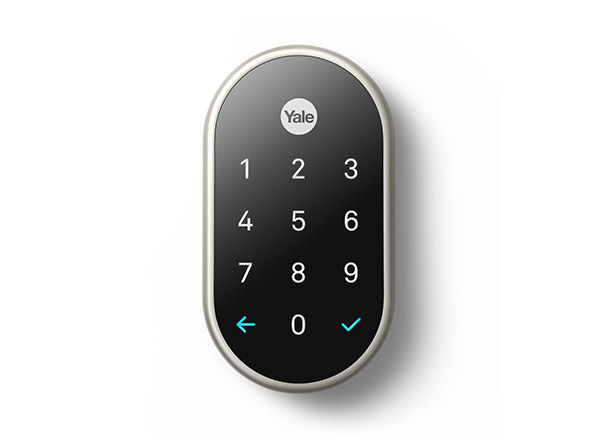 DIY security systems are typically straightforward to install, but some aspects require fore-thoughts, such as where to place the hub, sensors, and security cameras. Some hubs need a wired connection to the internet router, while others connect to the home network through Wi-Fi.

The hub should be located close to the internet router for optimal connectivity. Touchscreen panel installation may require a power outlet nearby for it to function.

Once the hub and app are installed, it is time to install the sensors. More often than not, the window, door, and motion sensors may already be paired to the hub. To activate the sensor, select Add a Device in the app and name the sensors.

Lucky for you, almost all DIY security system devices offer detailed instructions and voice prompts to add them into the system.

Other Factors to Consider When Shopping for a DIY Security System

What do you want to monitor? This question is essential in determining whether there is a need to have additional forms of protection.

Also, keep in mind that professional monitoring providers may charge a higher monthly rate for additional features. It is best to choose DIY home security systems that are compatible with smart home devices.

Many home security systems can double as smart home hubs that enable the user to automate, control and manage lights, locks, thermostats, and more from its app.

If you found this content useful or would like to learn more, please visit other articles within our Learning Library.

How to Buy the Right Smart Lock for Your Front Door