​ How to Choose the Best Smart Smoke Detector for Your Home -

How to Choose the Best Smart Smoke Detector for Your Home

This article will explain how to choose the best smart smoke/CO detector for your home, the different types of detectors, and their power source.

Smoke detectors should be present in every house or apartment. While traditional smoke detectors have always served as an adequate warning system, they can be rather annoying with battery replacement alerts and false alarms.

Another important note is that some smart smoke detectors also include Carbon Monoxide (CO) detection. Smart smoke and CO detectors, like the Google Nest Protect, are more useful than standalone detectors because they offer a dual level of safety and protection against smoke and CO poisoning.

This article will explain how to choose the best smart smoke/CO detector for your home, the different types of detectors, and their power source.

Things You Should Know About Smart Smoke Detectors

Smart smoke alarms typically work the same as traditional ones. They can be installed on a wall or ceiling or in the exact location as the previous smoke detector. And they are either wired for power or battery powered. So it's important to understand how the power source for smart smoke detectors works before purchasing them.

The main reason for hardwiring a smart smoke detector is that it simultaneously triggers all detectors to alert if one alarm detects smoke. However, if you decide to use smart detectors from different manufacturers, there's no guarantee that all of them will go off simultaneously.

While the number of competitors in this industry is small, the category itself is already pretty fragmented. Most smart smoke detectors are as straightforward as it gets, but some may complicate your decision.

The Different Types of Detectors

Ionization smoke detectors utilize ionized particles that detect the presence of smoke. Each of these detectors has some amount of radioactive material placed between two electrically charged plates—the ionization of the air results from a reaction between these two components.

When any amount of smoke enters the detector, there's a disruption of current which then causes the alarm to be triggered. As a result, ionization smoke detectors work best with aggressive flaming fires rather than slow-burning fires.

Unlike ionization detectors, photoelectric smoke detectors use both a light sensor and source that detect any amount of smoke. Once smoke is detected in its detection chamber, the smoke particles will shut the light beam off and only reflect light onto the sensors, which causes the alarm to trip.

Since most smoldering fires tend to fill spaces with dangerous smokes and fumes before eventually turning to an open-flame stage, photoelectric smoke detectors are better for early detection.

Ionization and Photoelectric Smoke Detectors both use different technologies but ultimately achieve the same goal. However, since all fires aren't similar, choosing an appropriate smoke detector can be challenging.

That is why homeowners should choose dual-sensor smoke detectors, as they combine both ionization and photoelectric technology.

Features to Look for When Shopping for a Smart Smoke Detector

It can get frustrating shopping for suitable smart smoke detectors with so many options available. So it's best to focus on the features included with each device to help you decide which may work best for your home. Let's take a look at some of the features available with smart smoke and CO detectors.

Every home should be on guard against the danger of both smoke and carbon monoxide. There are smart detectors that can do both. With carbon monoxide as the leading cause of accidental poisonings in homes, dual smoke and CO detectors can warn people about CO exposure while also warning about fires and smoke exposure.1

Since it's difficult to test just how well smoke and CO detectors do their job without causing a full-blown fire in a house. It's best to rely on the type of detection in the smoke detector itself to understand its sensitivity and accuracy. For instance, the Nest Protect CO/Smoke Detector utilizes photoelectric split-spectrum sensors, often considered better than ionization sensors, because they can detect both fast and slow-burning or smoldering fires.

Some smart smoke detectors support an interconnectivity feature. In other words, if one alarm goes off, the others will too. This feature is a huge benefit for those living in larger homes and may not hear when an alarm goes off somewhere else in the house.

For instance, Nest Protect is supported within the Nest ecosystem, but you could also utilize your Google Assistant. Moreover, if a smart smoke detector is paired with a smart thermostat, specific detectors can trigger the thermostat if it senses smoke. This integration can ensure that no smoke circulates in your home ventilation system. 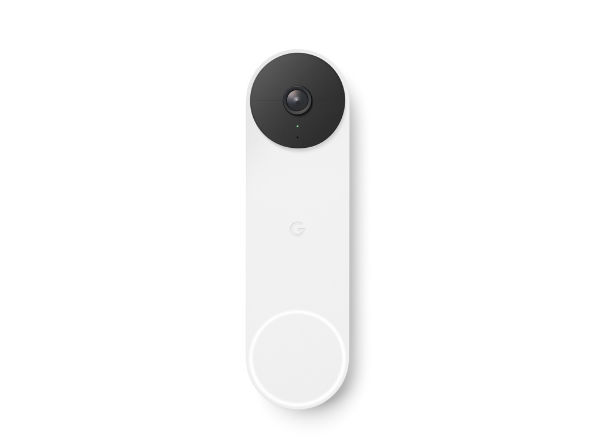 Our family's safety is always priority number one. And since our home is often our most expensive asset, we need to protect them both. A smart smoke detector can accomplish this task. They are faster at detecting fire than traditional smoke detectors because they measure smoke, CO, temperature, and humidity. This means that smart smoke detectors can sense when a room is too hot, or there's been a significant temperature increase.

Smart smoke detectors also notify homeowners of danger with mobile alerts, whether they're home or away, and this includes battery replacement alerts. And since it's recommended that people change their smoke detector batteries a few times per year, this mobile notification is quite handy. All in all, the convenient benefits of smart smoke detectors far outweigh those of traditional detectors.

How to Buy the Right Smart Lock for Your Front Door